The Farm and Wildlife on the Estate

With over 1000 acres, our Farm and the Hacienda Estate has a varied and wild mix of wildlife. 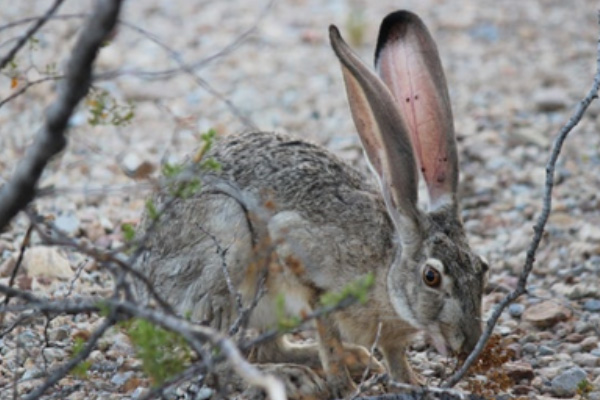 The brown hare is a species native to Europe and parts of Asia. It is among the largest hare species and is adapted to temperate, open country.

Hares are herbivorous and feed mainly on grasses and herbs, supplementing these with twigs, buds, bark and field crops, particularly in winter.

They rely on high-speed endurance running to escape predation, having long, powerful limbs and large nostrils.

This common fox has proven itself to be a durable creature. In spite of the fact that so many mammals especially carnivores have become extinct in Andalucuia, the red fox continues to flourish. 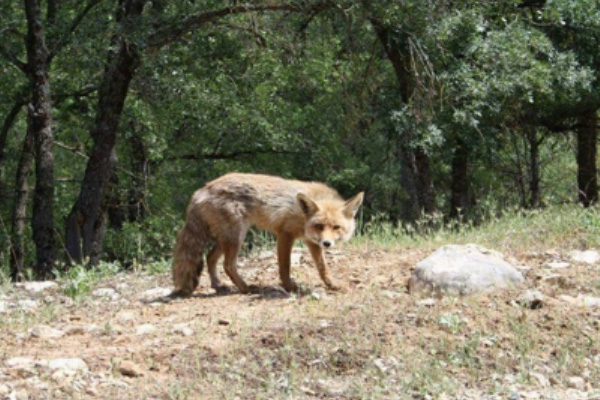 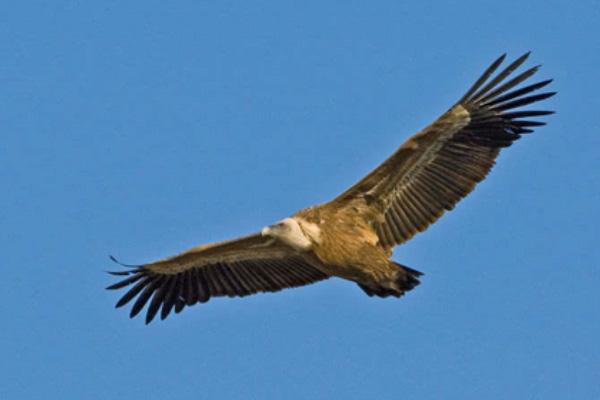 Vultures feed mostly from carcasses of dead animals which it finds by soaring over open areas, often moving in flocks.

It establishes nesting colonies in cliffs that are undisturbed by humans, while coverage of open areas and availability of dead animals within dozens of kilometres of these cliffs.

The maximum recorded lifespan of the griffon vulture is 41.4 years for an individual in captivity. It breeds on crags in mountains in southern Europe, north Africa, and Asia, laying one egg. Griffon vultures may form loose colonies.

The Spanish wild boar weighs around 68-181 kg, sometimes as much as 317 kg. Females are somewhat smaller than males and have much smaller tusks.

If undisturbed, it is active during the morning and afternoon, resting midday and at night. They are always wary and alert.

Boar eat all kinds of vegetable matter, also small animals and carrion. Their sense of smell is very good, hearing good, eyesight only fair and are fast runner and strong swimmer. 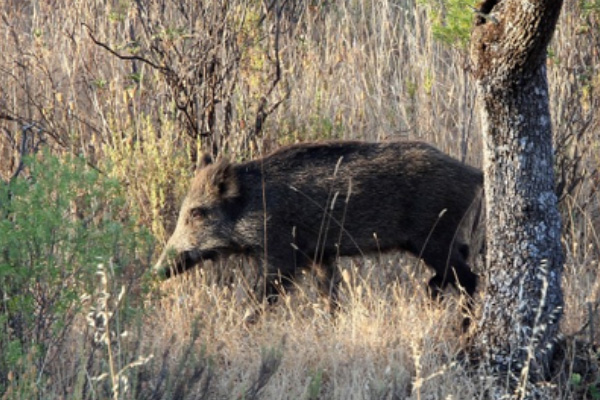 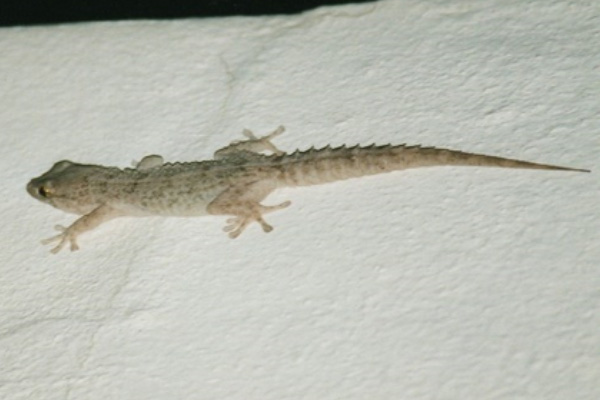 The adult Gecko can measure up to 15 cm, tail included. Brownish grey or brown coloration with darker or lighter spots, these colours change in intensity according to the light.

When they are active by day their colour is darker than during the night. It can be found on many construction sites, ruins, rock fields, tree trunks, and across the Estate

You’ll find Fire salamanders in hilly areas as they prefer deciduous forests, since they like to hide in fallen leaves and around mossy tree trunks.

They need small brooks or ponds with clean water in their habitat for the development of the larvae. Whether on land or in water, fire salamanders are inconspicuous. They spend much of their time hidden under wood or other objects. They are active in the evening and the night, but on rainy days they are active in daytime as well. The fire salamander can grow to be 15–25 centimetres long. 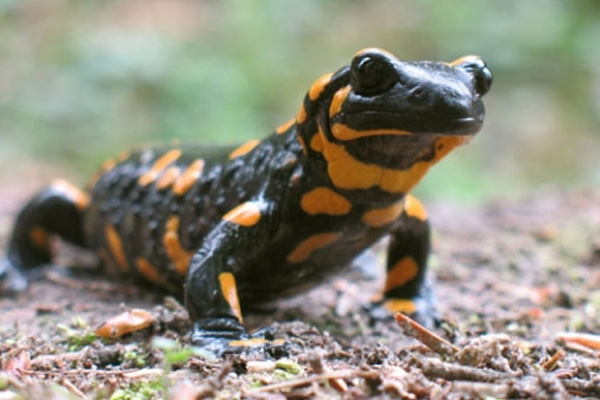 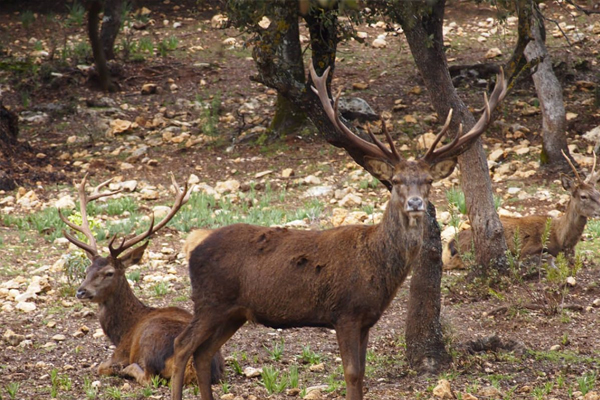 The deer’s have a gorgeous coat that is any shade of red. They often have a darker colour to them that can almost seem brown in many regions.

As the year moves along though and winter sets in the colouring will be more of a grey. Their appearance changes in order to give them a chance to blend into their surroundings all year long.

The antlers of the males are amazing, and a key point as to why people want to hunt for them.

Iberian piglets are fed on a diet of cereals and acorns until they are nearly 18 months old.

The final three months or so of their lives are spent out in the Dehesa during what’s known as the montanera, a period from October 1st to January 1st when acorns fall from the oaks.

The pigs must feed on enough acorns and reach the specified weight of 160kg to gain the coveted title jamón ibérico de bellota. The regulations also specify that there should be no more than two pigs per hectare of land to ensure that each pig can eat the required amount of between 6 and 7kg of acorns a day.

The acorns from the encina oaks are rich in oleic acid, the same chemical which can be found in olives. The flavour finds its way into the fat of the animal, so much so that the locals refer to Iberian pigs as “olives with legs”. 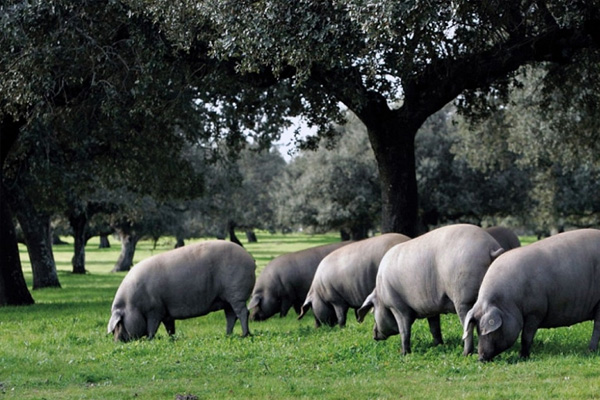 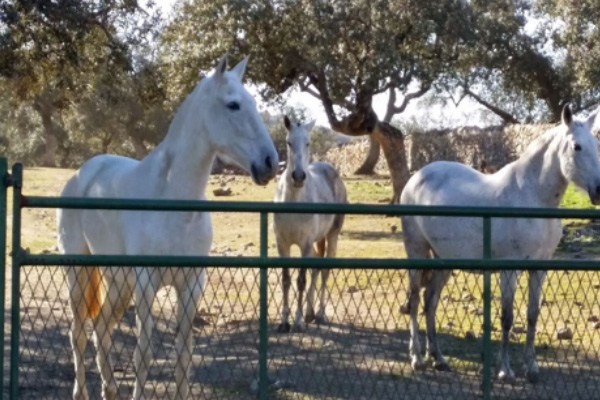 The Andalusian horse originates from the rugged, hilly areas of the Iberian Peninsula and is one of the most ancient horse breeds.

The Andalusian horse was developed in Southern Spain and although Andalusian horses were originally highly regarded as a cavalry horse due to their agility and courage, they became less favoured as a war horse when knights were heavily armoured and required heavier horses to carry them.

However, Andalusian horses gained popularity again amongst cavalries with the introduction of firearms when a fast, agile horse was needed.

The Mertolenga meat is dark rose to dark red in colour with white to yellow fat, depending the animal age. The meat from these animals has a intense flavour and is very succulent.

The Mertolenga breed is a medium sized animal, reddish coat, “rosilho” or red and white with white horns. The breed Mertolenga originates from Mértola and Alcoutim, these were regions where the terrain was rocky with little food. 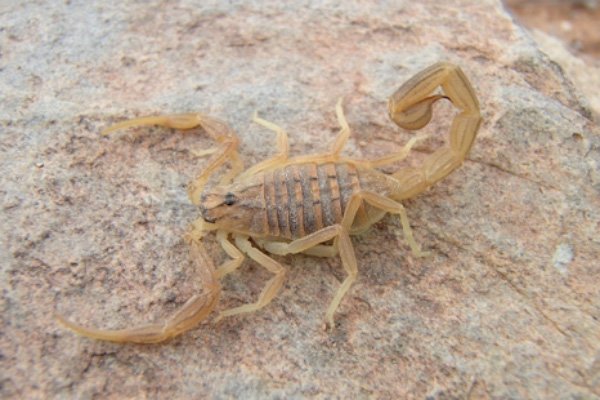 The most common scorpion in Spain is the Mediterranean scorpion (Buthus occitanus, escorpión amarillo or just alacrán) and though its North African cousin is more dangerous, it will still give you an extremely nasty sting.

You might want to think about wearing boots and thick socks if you plan to hike in dry rocky areas (most of wild Spain) as they are by no means rare.

Scorpions like to hide in shoes, under parasol bases, under rocks and logs, so be careful.

Max our mastín Español or Spanish mastiff, is a giant breed of dog, originating in Spain, originally bred to be a guard dog whose specialised purpose is to be a livestock guardian dog protecting flocks from wolves and other predators. The mountain dog type has a heavier coat. 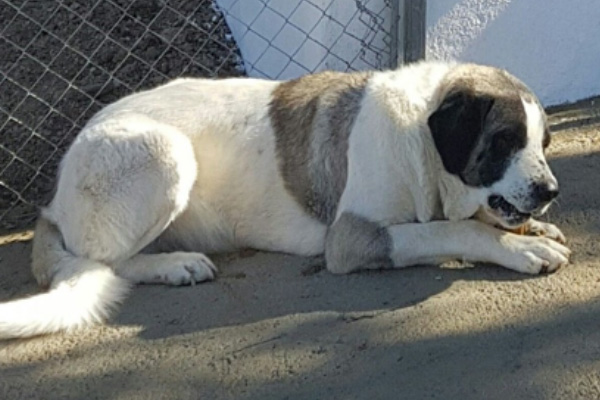 An Experience Beyond Expectations.